The availability and lack of solar energy in Africa 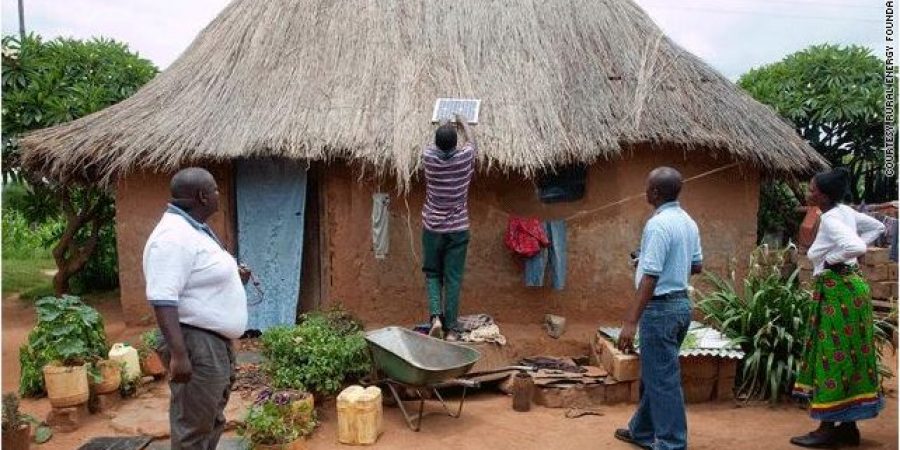 The light and heat received from the sun is known as the solar energy, this heat or light can be collected and utilized to produce thermal energy or electricity. We will focus on solar energy being converted into electricity.

After this sunlight or warmth is absorbed, it is then changed into another structure known as solar power energy i.e. sun based power vitality, which is later supplied to residential homes, manufacturing plants, organizations and other clients through joined systems known as electricity grids. These grids comprise of power stations, transmission lines and other infrastructure that are utilized to disseminate the power to where it’s required.

Since solar energy is from a natural resources, it’s easily accessed, thus making it possible for countries that experience good annual sunlight to be able to produce solar power. This happens to be one of the advantages of solar power i.e. it’s renewable. It also has its disadvantages, it’s expensive to change it to a use-able form. Various factors can also affect the amount of solar energy received in a location e.g. amount of direct solar radiation, quality of the equipment’s used to collect the solar energy, strength of the solar energy depending on the days etc.

Africa happens to be one of the continents that experience a lot of sunshine, and most regions in Africa are considered have some of the best solar radiation on the planet. This should ensure that all regions in Africa are able to access solar power because it’s a natural resource and it’s abundantly available. This is not the case yet, but will change soon as solar energy technology improves and reduces in cost.

Some locations in Africa are very remote that even though there is the availability of solar power, they don’t have a electricity. This is due to various reasons such as poor grid infrastructure. The remoteness of some of these locations makes them inaccessible, therefore making it hard for any company that wants to supply power over long distances.

Some power companies have accessed some of these locations, however, they’ve not laid any cables or grids to supply the solar power. Some power corporations also don’t have enough power to provide electricity to these all required areas. This generally due to the residents of these remote locations being unable to meet the cost of the electricity that will be provided.

Occupants in remote areas should can take the power of the sun into their own hands and install solar panels to supply their specific needs. This will ensure they have energy immediately and not be forced to wait for their local power company to implement infrastructure, which could take a very long time.