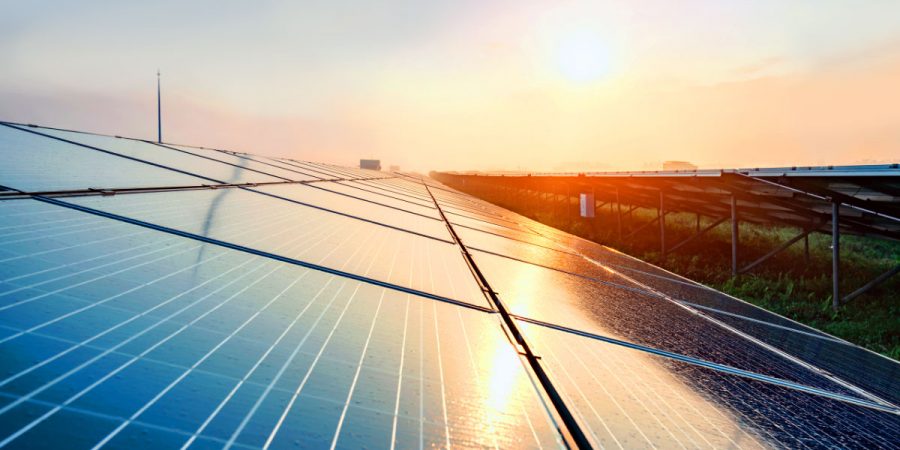 What you need to know about solar tracking systems

The best commercial and industrial solar systems are custom designed to meet the needs of your business and make best use of the land or roof space that you have available. New Southern Energy conducts a thorough assessment and careful development prior to designing a new system. In this way, we work to ensure that your solar plant is a carefully considered asset that will deliver maximum returns on your investment.
While reducing a company’s carbon footprint, operating more sustainably and enhancing environmental commitment are usually key priorities for any business wanting to go solar, making wize decisions regarding the approach that will be used are key to the long-term success of your solar plant. Solar tracking systems, with new technology, that were previously prohibitively expensive are now a feasible option and are being used more frequently.
In this blog post, we share a few key facts that you need to know about solar tracking systems.

Solar tracking systems – how do they work?

Solar trackers are usually paired with ground mount solar systems but recently, rooftop-mounted trackers have become available in some countries. Typically, solar tracking equipment will be connected to the racking of the solar panels. From there, the solar panels will be able to move along with the movement of the sun.

Most tracker manufacturers have a wind-stow mode. If wind sensors around the site detect a high wind speed, the trackers will automatically move to a near-flat position to prevent mechanical failure of the structural support or any potential damage.

Solar tracking systems can be grid-tied or micro-grid. The use of this technology does not impact the connection points or the way that you structure your integration with the national grid if you chose to do so.

The way a solar tracking system moves depends on the type of system it is. There are three types of solar trackers:

Manual trackers are generally north-facing in the southern hemisphere. The manual component requires someone to physically adjust the panels in line with seasonal changes such as from Winter to Summer. This isn’t practical for larger systems and therefore this form of tracker is not often used in commercial installations.

Passive trackers contain a liquid with a low boiling point that will evaporate when exposed to solar radiation. When the liquid evaporates, the tilt system becomes imbalanced. This imbalance causes the panels to tilt towards the direction of the sun’s rays. This kind is very rare and seldom used.

Active solar tracking systems rely on motors or hydraulic cylinders to change position. The motors in active trackers move the PV panels so that they are facing the sun and absorb maximum radiation at all times during the day.

From there, solar trackers are categorized even further, based on which direction they move. A solar tracker can be either:

Single axis solar tracker – Single axis trackers follow the position of the sun as it moves from east to west. These are usually used in commercial and industrial-scale projects. These trackers can increase production between 25% to 35%.

Dual axis solar tracker – This tracker not only tracks the sun as it moves east to west but also follows it as it moves from north to south.

Solar trackers are highly beneficial in large-scale utility or commercial installations. installing a solar tracking system will allow you to produce more power in a limited area, and therefore achieve higher efficiency with your system. This is particularly valuable useful when you have limited space for an installation.
Any solar plant developed will add to the value of the property and business in the long term. While payback periods vary between 5 – 8 years, depending on the financing structure, solar plants produce energy for between 20 – 25 years, making them an excellent investment.
See the financing options that NSE offers here.