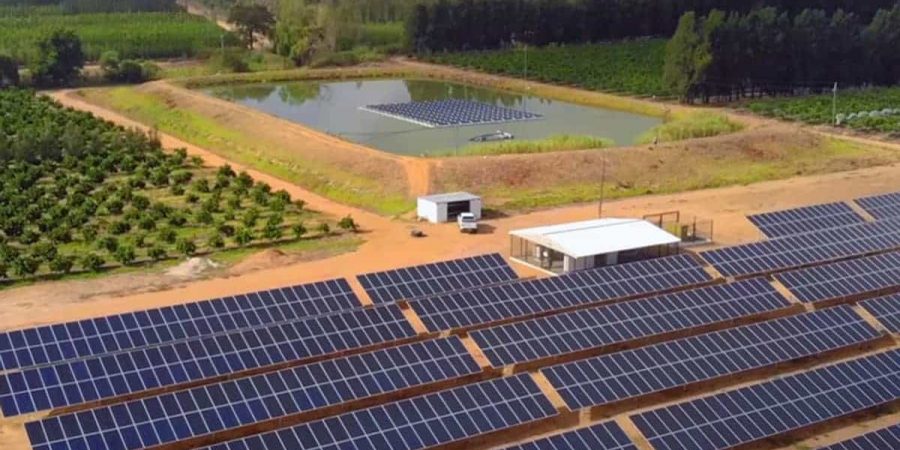 Solar Farms are definitely not uncommon but with a ground breaking state of the art floating Solar farm, renewable energy has become much more attainable for many communities.
A solar farm, firstly, is essentially a large expanse of land, and is home to large numbers of solar panels or a collection of photovoltaic (PV) panels.

What is a floating solar farm?

A floating solar farm follows the same principle, however, it is attached to plastic rafts that are interconnected and this allows them to stay on top of the water.  What makes the floating farm so unique is that in can be built on any large dam or man-made lake.
Floating solar farms also provide countries that have limited land space the ability to capture solar energy. They also allow underutilized areas, such as dam reservoirs, to become highly valuable power-generating stations.
Research has shown that Floating systems may also perform better than solar farms built on land. This is due to the the fact that the Solar systems installed on water will be cooler because of the evaporating water, causing them to operate more efficiently. The research goes on to say that a floating farm could be 11% more productive than land-based systems.
Marlenique, a fruit farm and wedding venue outside of Franschhoek was the first ever recipient of a floating solar farm, on the continent. New Southern Energy installed the floating system on the farm’s dam, helping to generate clean energy, while also minimising evaporation from the farm’s dam and saving valuable agricultural land.

How does a floating solar farm work?

The materials of a floating solar farm are made specifically for marine environments. While the inverters are usually located on land, the wires are submersible and are buoyed by using flotation devices.
They need to be strong enough to stay together and include a number of features that will protect them from the elements, such as freezing, and being able to withstand small waves and strong winds.

Benefits of a floating solar farm

Floating farms reduce many key sustainability issues that the agricultural sector faces, such as water and energy. These systems are able to reduce a farm, such as Marlenique’s, reliance on the electricity grid, and is able to provide clean, affordable energy supply. While at the same time also reduce evaporation and increase water saving. The knock on effect is that a business or businesses will save money in the long run.

The floating PV project on Marlenique farm has a generation capacity of 60kW which helps provide clean energy to the farm, while also minimising evaporation from the farm’s dam and saving valuable agricultural land. 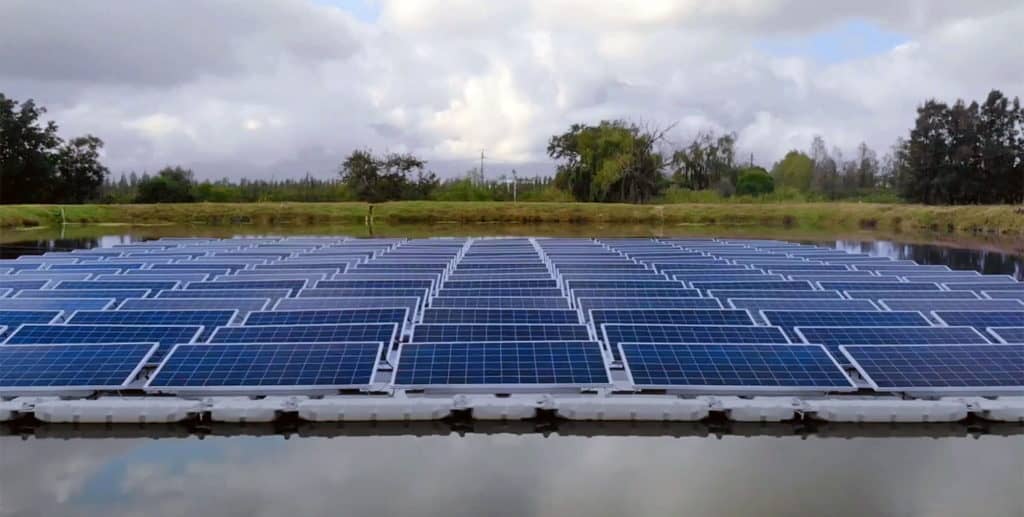 Floating solar farms have a relatively low lease price and installation cost. Combined, these in turn raise the return on the investment required to construct a project.  The panel manufacturing process has been streamlined to lower production costs and as a result, system prices are becoming increasingly competitive.  Systems are easily adapted to any electrical configuration and it’s also possible to select low to high generation of power.

In the future, it is highly possible, that more farms, like Marlenique, will be seeking to go completely off the electricity grid and  will invest in renewable energy sources, such as solar power.