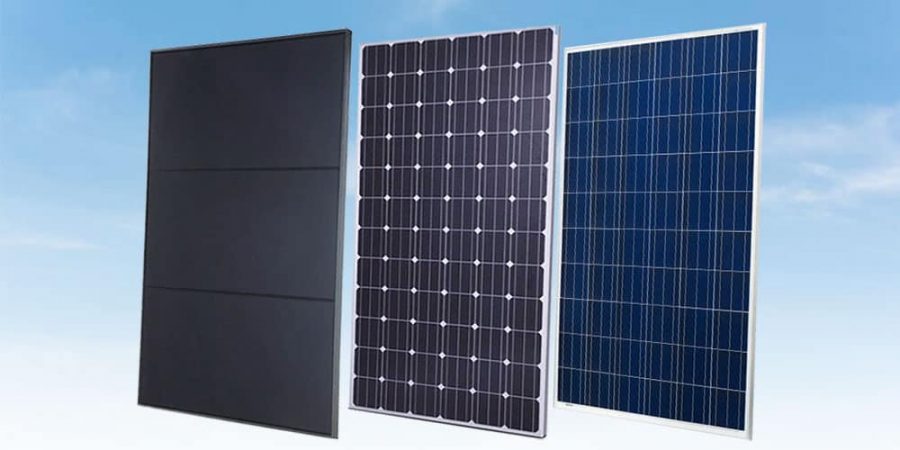 The different types of solar panels and their distinctive features

Choosing which solar panel to install depends on the individual need and suitability factors. Most of the time, people are not certain on which kind of solar Panel system would suit them the best.

Usually, people have experts to evaluate and conclude the best option for them by analysing the cost and space factor. The famous two kind of Solar panels sold in the market are PV Thin film Panel and Polycrystalline panels

Polycrystalline is made following much simpler process which is quiet low in cost. And in there is no waste of silicon under this process. The word “thin” in the name refers to the method used to deposit the film albeit the thinness of the film itself. Thin film cells are deposited in very thin consecutive layers or molecules, ions or atoms. Thin film solar cells are made by depositing one or several thin layers of photovoltaic material in a substrate. Photovoltaic material is deposited into the substrate with the help of these different types of solar cells namely Amorphous silicon, cadmium telluride, copper indium gallium selenide and organic photovoltaic cells.

A roof with both mono and thin film solar panels

. Mass production for PV thin films is much cheaper and that makes the manufacturing cost lower than crystalline based solar cells.

. The look of this panel is believed to be more attractive owing to the homogenous appearance.

. Unlike with crystalline solar panels, PV Thin film solar panels are not effected by high temperatures.

. With good space availability, Thin-Film solar panels are efficient to install and use.

. If the space is low, the installation cost will go high owing to the increase in the equipment requirement like support structures and cables.

. They come with a shorter warranty as the life span of the PV thin-film panels is not very high.

One will re-acquire to have an evolution done to analyse which solar panel system would suit the best for a particular home or building. This is usually done with the help of experts.

For those who have limited space, PV Thin-Film is not a very good option to go for, crystalline based solar panels is what will suit them the best. On the other hand, for those who are looking at the lowest cost possible, PV Thin-film is the best option for them. They will have to pay the minimum for their power consumption as PV thin-solar Panels have the lowest cost per orate power.