Op-Ed: How the Proposed Unbundling Plan & Fiscal Support is Key to Saving the Economy 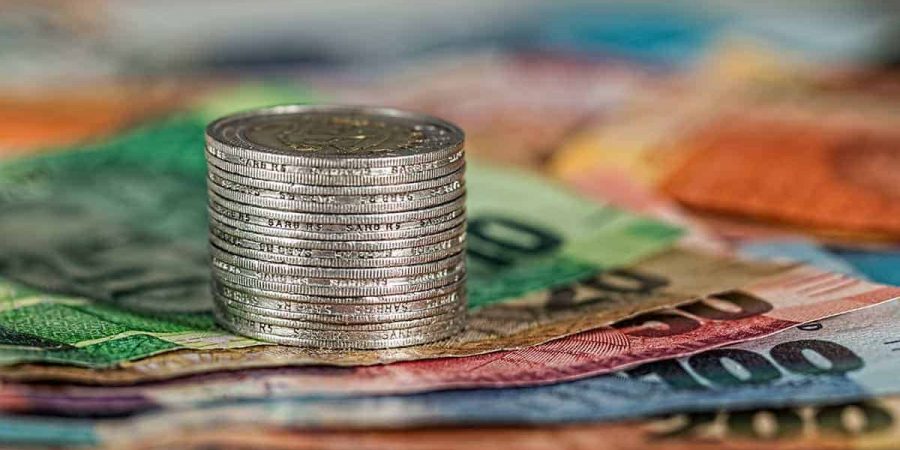 As South Africans navigated their way through stage four load shedding last week, news of Eskom’s imminent insolvency broke. South Africans were told that the utility would cease to function by April of this year unless a further bailout could be secured, and quickly.

The Democratic Alliance (DA) took to writing to the Speaker of the National Assembly, to request an urgent Parliamentary Debate of National Importance on the looming crisis. Under-scoring the request was the dramatic impact of load shedding on South African business. Load-shedding is in fact job-shedding, said the party, with a daily cost to our economy of over R2bn.

The extent of the crisis, as it is known to us, is cause for great concern. The accumulated debt of Eskom, to the sum of R419bn, is attributed to a milieu of issues such as spiralling resource costs, malmanagement, corruption, ongoing technical problems at the two coal fired power stations, Medupi and Kusile, as well as municipal debt to the SOE, among many other issues

Further damaging the company’s finances and compounding the existing debt crisis are the overpriced coal contracts and subsequent transport costs to get coal from the mines to the power stations. In addition to these inefficiencies are the exorbitant staff levels, growing from 32000 to 48000 in the last 12 years, as well as the exponential rise in running costs from R9.5bn to R29.5bn, during which time production of electricity did not go up.

What is clear is that Eskom has been subject to gross mismanagement and corruption that has drained its coffers dry, tipping the Utility into financial abyss.

How the State-Owned Utility Company is Ruining South Africa

Analysts have repeatedly warned that South Africa cannot economically afford to have Eskom continue its reckless financial path of ruin. Advancing on this path will have horrific consequences for the economy, businesses, and jobs, to say the least.

When discussing the use and cost of energy in any economy, it is important to also look at the energy intensive users, such as mines, as they make a large portion of the collective energy demands, as well as contribute greatly to jobs and the economy.

According to their website, the EIUG was established in 1999 and is a voluntary, non-profit association of energy intensive consumers whose members currently account for over 40% of the electrical energy consumed in South Africa. They also express that their members collectively contribute to over 20% of the GDP of South Africa. Further, about half of its 31 members come from the mining sector.

In other words, high energy users such as mines contribute greatly to the South African economy and it is important that they have a reliable, affordable and clean source of energy supply in order to continue this much needed contribution.

Given this, as well as the fact that about 90% of electricity generation in South Africa is presently fossil fuel generated, we can collectively agree that a change toward more clean and affordable solutions is vital to not only our environment, but also our economy.

Political parties across South Africa are divided when it comes to the solutions.

According to President Ramaphosa, there is no one solution to addressing and stabilising the enterprise. The President advises that it is through a combination of interventions as well as support from government and a turnaround plan from management that will bring some sense of functionality to the struggling energy provider.

The President, during his state of the nation address, proposed an unbundling of the utility which would have it split in to 3 entities – generation, transmission and distribution; all of which are to remain under one Eskom Holdings, allowing the company to remain 100% state-owned. Further, government will be looking to support Eskom financially in a fiscally controlled method that was outlined in the budget speech today.

Finance Minister Tito Mboweni elucidated on these plans in his budget speech, stopping short however of providing specific details of Government’s plans. Saliently, the Minister noted that, “pouring money directly in to Eskom in its current form is like pouring water in to a sieve.” He also said, “(he) would have no holy cows when it comes to state owned enterprises.”

What Mboweni did confirm in his speech is that government will be setting aside a staggering R23bn per annum to support Eskom during its reconfiguration over the next three year period, amounting in total to R69bn.

Further, the Minister noted that this fiscal support will be configured around an independent chief reorganisation officer (CRO) being jointly appointed by ministers of finance and public enterprises with the explicit mandate of delivering on the recommendations of the presidential task team. He confirmed they will make further announcements on it in the coming weeks. He added that Public Enterprises Minister Gordhan and his team will continue to closely monitor Eskom during this time.

The Debate of National Importance

Yesterday, during the debate of national importance, Public Enterprise Minister Pravin Gordhan furnished us with further details on how government is addressing the issues at Eskom in the short term.

“The board of Eskom has a few vacancies. Within a month or so we will strengthen the board with more engineers to complement [the] current skillset,” he said.

He added that government also met with the Engineering Council of South Africa to uncover ways to alleviate Eskom’s operational problems which have led the recent power outages. The outcome is that the engineers will be volunteering their services to determine what maintenance needs to be done on the failing power stations.

Conclusion – Collective Support is Needed to Save the Day

While load shedding is a temporary solution to a greater problem, it has great consequences on small businesses and the economy. It is estimated that South Africa loses R2bn a day as a results of power failures. For a developing country which is ranked at investment grade by only one ratings agency (Moody’s), this is dire for our economic future. As John Steenhuisen put it “it is safe to say that load shedding leads to job shedding.”

While left leaning unions such as NUMSA & COSATU, are far from supportive of this proposed plan, industry experts believe it is vital to the stability of our country, jobs and the economy, that we look to support the President’s proposal and plan in order to fix the power plants and save jobs, while simultaneously opening up opportunities for privatisation and keeping the SOE on a rehabilitation plan.