Hybrid inverters – What you need to know 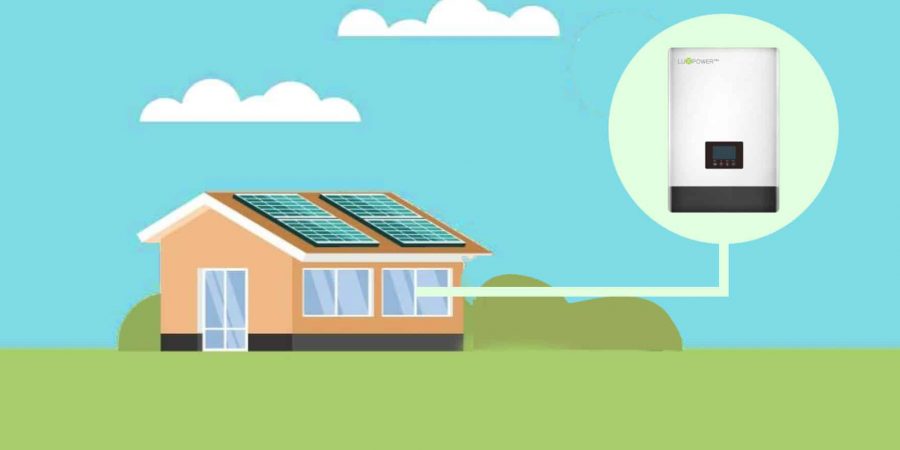 A brief description of hybrid inverters

These days, there are multiple options available when it comes to selecting a solar inverter. These inverters vary in size, efficiency, performance, and capabilities. If you’re thinking about adding a battery to your solar panel system now or in the future, you may wish to consider opting for a hybrid inverter.
This blog article gives a short overview of hybrid inverters.

Hybrid inverter. What is it?

A hybrid inverter, which is also known as a hybrid grid-tied inverter or a battery-based inverter, combines two separate components: a solar inverter and a battery inverter, into a single unit of equipment.

An inverter is an essential component of any solar energy system. These devices are needed to convert the direct current (DC) electricity generated by your solar panels into alternating current (AC) electricity, which is needed for your home or business’ appliances. If you install a solar panel system with a traditional inverter and decide to add a battery system later on, you’ll need a separate battery-specific inverter to convert the electricity back and forth from AC to DC current for your battery to store and discharge.

However, if include a hybrid inverter into your solar panel system, a separate battery inverter will not be necessary. It can function as both an inverter for electricity from your solar panels and a solar battery.

Importantly, while hybrid inverters are designed to incorporate storage, you can install this technology without batteries. For this reason, many people opt to install hybrid inverters pre-emptively in anticipation of adding batteries to their systems in the future.

Resiliency
A common misconception about solar energy is that if you install a solar system, you’ll always have power during load-shedding. However, in most cases, this is not true. Traditional grid-tied solar inverters automatically shut off during power outages for safety purposes, cutting off power generation from your solar panel system.
If you want to keep your property running on backup solar power during a grid outage, hybrid inverters paired with batteries provide an excellent solution. Some hybrid inverters have both on-grid and off-grid capabilities, allowing you to continue running on solar power even if the grid goes down.

Monitoring
With a hybrid inverter, all of your solar power, whether being exported into the grid, self-consumed on your property, or being stored in your battery,  is converted through one component. This allows for centralized monitoring, which means you can monitor both your solar panel system and battery performance through one platform.

Retrofit battery storage installations
The most significant benefit of a hybrid inverter is that it combines the functionality of two separate units of equipment into one. This can make the installation process simpler.

Depending on the prices of the individual components and the price of labour, you might save money by installing a hybrid inverter from the outset as opposed to paying for both a solar inverter and a battery-specific inverter separately. However, if you do not plan on adding battery storage to your system, it is best to compare hybrid solutions to traditional, grid-tied solar inverters, as they can be less expensive upfront.

Equipment costs
Including a hybrid inverter and batteries in your system will be more costly upfront than simply installing a traditional grid-tied solution. This extra cost will likely be worth it if you experience frequent power outages or want to use a battery for electricity rate arbitrage. However, if your electricity supplier has favourable rates for exported power and the grid is reliable in your area, a solely grid-tied solar panel system will cost less upfront.

Future design flexibility
Not all hybrid inverters are battery agnostic. Some energy storage systems now come with an inverter already built-in, which means there is no need for a hybrid inverter. If you install a hybrid inverter pre-emptively, keep in mind that you may be limiting your options when it comes to future storage technologies.